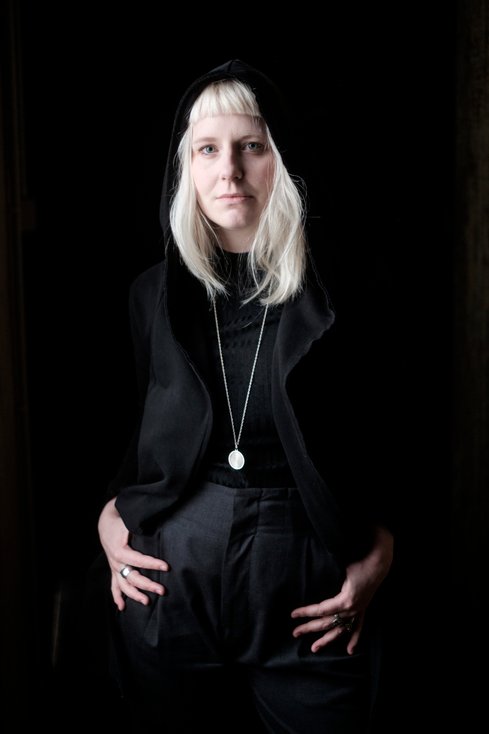 The scratching was relentless. It wouldn’t stop. She had no idea how long she’d been in the room. All she could hear was the perpetual scraping on the other side of the splintered wooden door. The red paint must have been completely worn down by now. She knew who was waiting for her on the other side. She knew the monsters very well. They wanted to come in. They had been with her all her life.

We are confronted with the monsters behind the door right at the start of Jenobi's current album. They symbolise the destructive behaviour patterns we learn in childhood and try to break away from today. In the aftermath of a period of depression, in which she dealt with this very struggle, multi-instrumentalist Jenny Apelmo Mattsson wrote and composed her debut album, “Patterns,” which was released on the Grand Hotel Van Cleef label in 2020.

At first, the songs by the Swedish-born artist seem to be laden with contrasts and paradoxes. They are angry and tender, vibrant and melancholic, sombre and euphoric at the same time. In the second track, "Turn Off The Light," a suppressed rage can be felt heroically fighting its way through the solemn darkness, while "Mad Sad Crazy" radiates casual emotional detachment. In her lyrics, Jenobi confronts hurdles with a vulnerable serenity. The melancholy of the music is complemented by her

honest and reflective lyrics. The tension created by the contrasts in her feelings and her songs grabs the listener immediately with the very first chord.
The entire record has a beautiful, handcrafted feel with a sound that is pure and sincere. Apelmo Mattsson's delicate yet sometimes growlingly distorted electric guitar combines in perfect symbiosis with her lively basslines. Her throaty tender vocals sweep us away into a magical musical world of Scandinavian melancholy that oozes yearning and emotion.

Her electronic playfulness reminds us of Lykke Li. And by fusing indie pop and folk sounds there’s a subtle hint of Big Thief and Feist. "Patterns" captivates with its direct honesty. It exudes a natural empathetic strength. The contrasts create something new. Genuinely Jenobi. There are no contradictions.

The scratching on the other side got progressively louder and wilder as she stepped closer. She knew the moment she pushed the handle down the monsters would force their way through. But she also knew that she would stay. She wasn’t afraid. Jenobi opened the door.